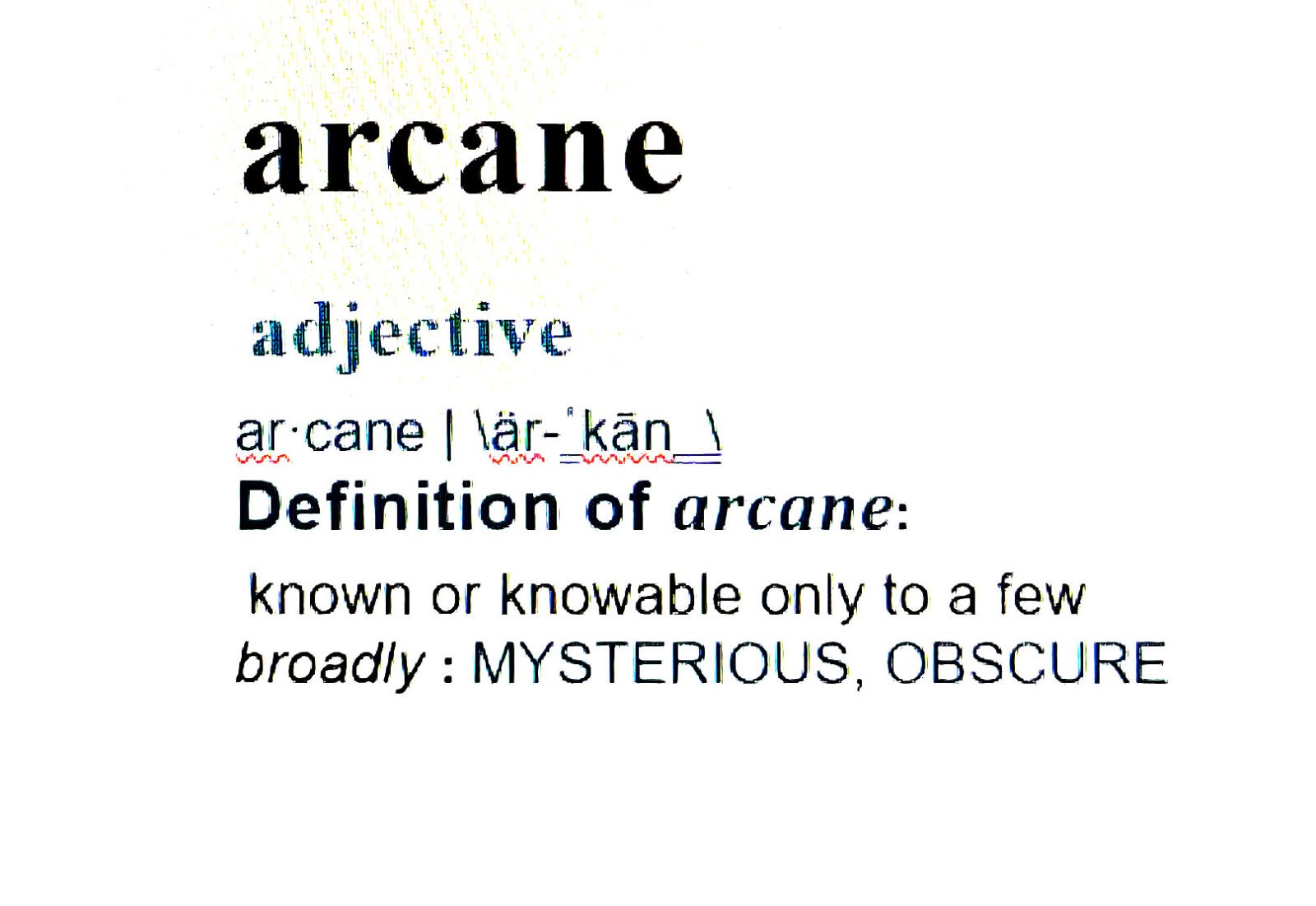 One of our biggest pleasures on each trip to Paris is the search for new dining experiences. Just prior to departure for our most recent visit I received a note from Susan Carter, a fellow Paris restaurant junkie who lives one county away from me.

Susan and her sister make dining pilgrimages to Paris every two years. The time in between is consumed with combing the internet and culinary magazines in search of new places for the next trip. Susan’s note to me was brief: “If you get a chance, there is a new restaurant in Montmartre that is attracting great reviews.”

I made a mental note of the name but neglected to get an address or website.

A week or so later, on day five of our autumn Paris tour, wife Debbie and I found ourselves with some free time since all our travel clients were off doing some individual exploring. Like a post-hypnotic suggestion, the name of that new restaurant suddenly came to me. A quick Google search for the address, followed by an UBER ride to the summit of Montmartre, and we found ourselves in front of a rather ordinary looking store front on a nondescript section of Rue Lamark. On its blue awning was the slightly mysterious name: L’Arcane. 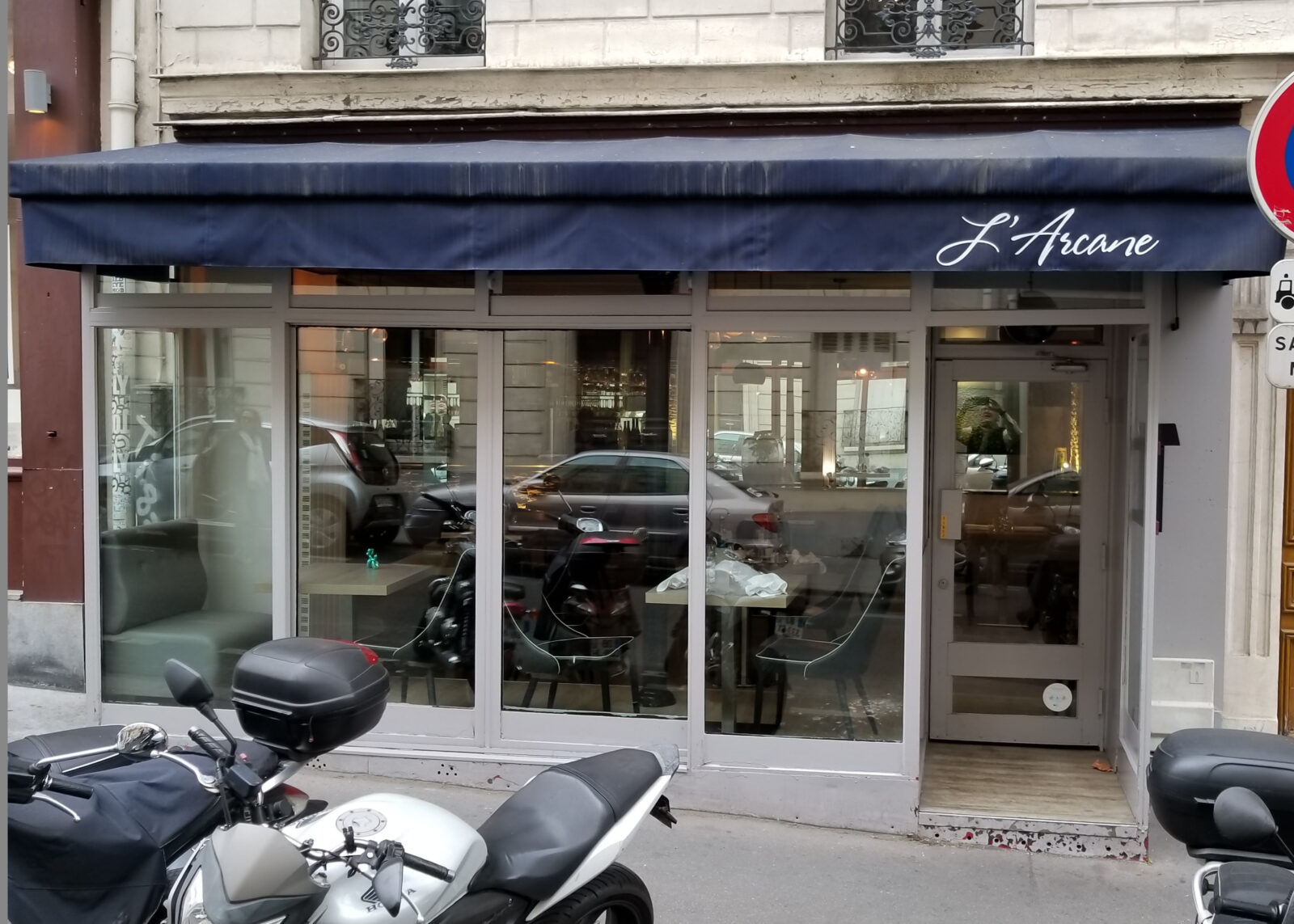 The name which means the same in both French and English is, for now at least, apropos. Its obscure location and newness (open only about two years) have heretofore made it known to a comparative few. That situation, however, is rapidly changing as the reputation of young Swiss chef, Laurent Magnin, begins to spread.

For many of today’s aspiring young chefs in the City of Light, the cost of entry into the high-rent neighborhoods of central Paris has driven them to the outer arrondissements in search of affordable space where eateries are judged less by their décor and more by their cuisine. Thus, the laws of economics are leveraging older quarters into fashionably hip destinations. Monsieur Magnin’s establishment on Rue Lamark is a fulcrum for this sort of urban evolution.

Since rapidly earning its first Michelin star in 2018, L’Arcane’s mystery and obscurity are disappearing as food writers, tourists and locals are making it a destination. Such is the hoopla from restaurant critics and sites like Trip Advisor, that upon arrival one may be momentarily disappointed by its coffee shop décor and rather plain exterior. But L’Arcane is a book that is not to be judged by its cover. 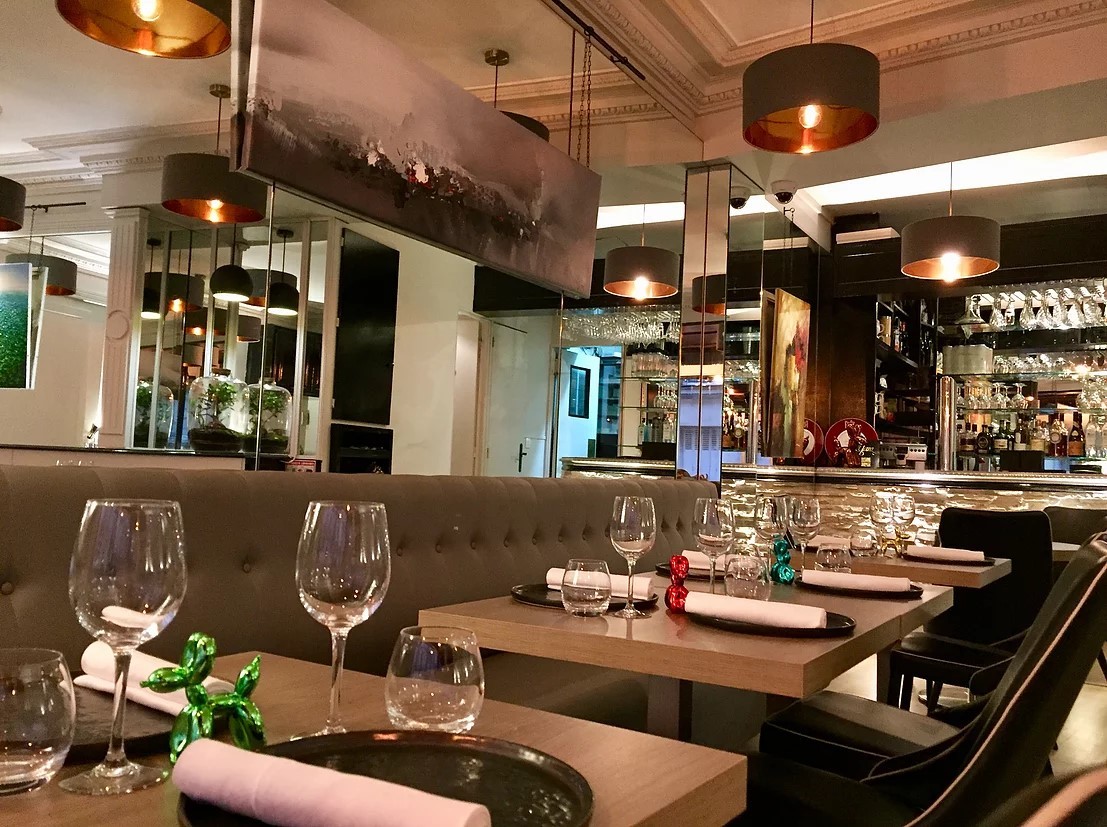 Any doubts we may have had as we entered that first afternoon were quickly dispelled. Arriving toward the end of lunch seating, we were given a warm greeting in excellent English from hostess, Sophie Keller, who said our timing was parfait since one of the first lunch arrivals was just leaving and we were presented with their window seats sans reservation .

After confirming that we had no food allergies or special dietary requirements, Sophie explained the restaurant’s “Carte Blanche” approach. The menu is “blanche”, or blank. Diners make no selections as each day’s offering is a surprise tasting menu decided upon by the chef. Our only choice was whether we wanted 3 or 4 courses for lunch (Five courses are available for dinner); we opted for four. We also elected to have their wine pairing with each course; an excellent decision since each wine went wonderfully (and affordably) with each course.

A tasty bite-size amuse bouche and a basket of fresh warm bread occupied us until we could be treated to our salad course; a deconstructed Salade Niçoise, painstakingly rendered on an undulating dish of modern bone china. Quail egg, bits of sashimi, tiny tomatoes, fresh greens and droplets of delicious red and white sauces arced across each salad plate like a quill pen. 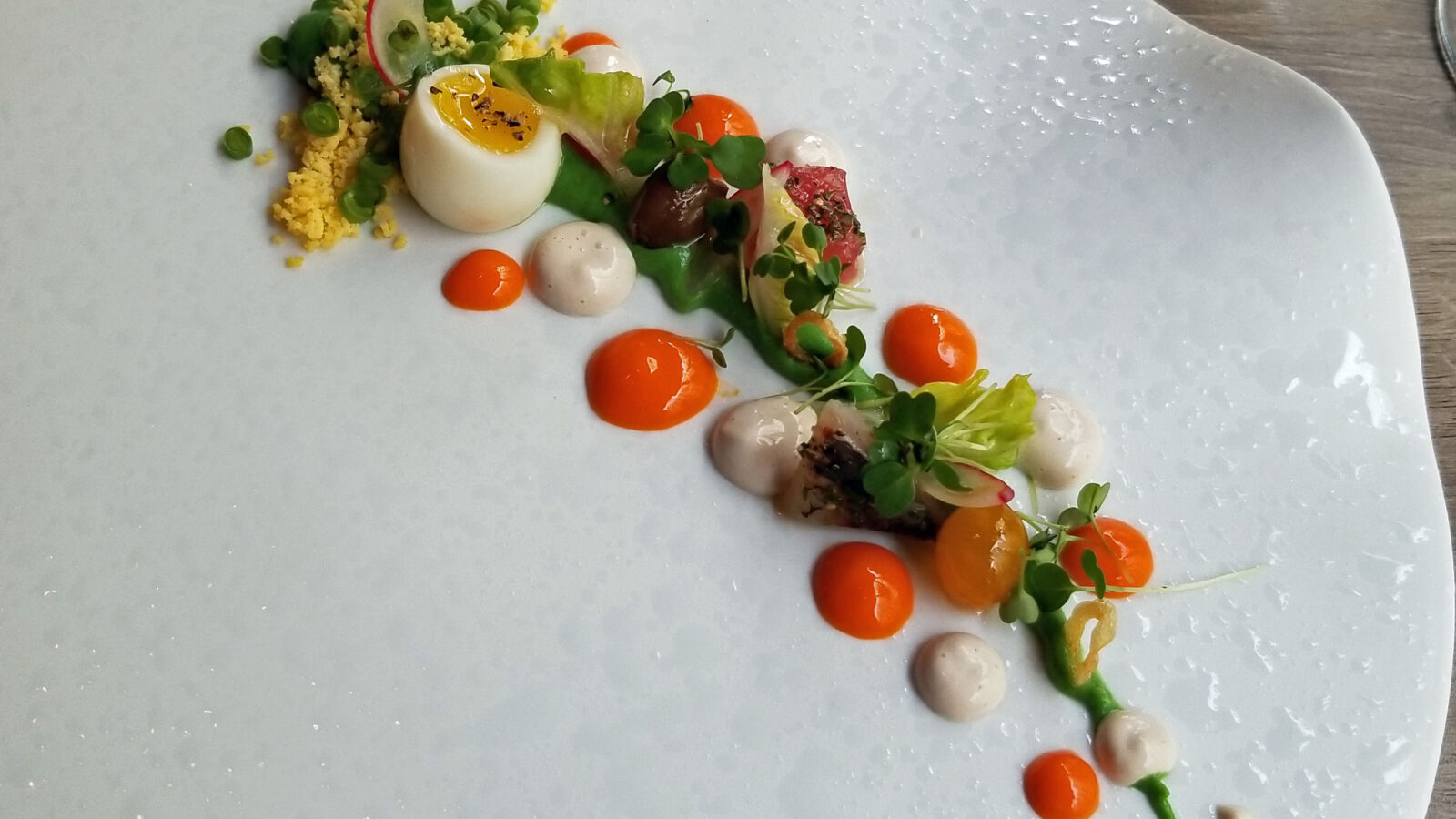 The next course was fish. A stripe of pesto-green sauce was painted across our plates as the backdrop to a perfectly poached bit of Cod.  The seasoning was subtle and the portion size was sufficient to provide a pleasing course without filling us up, for there was still more to come. 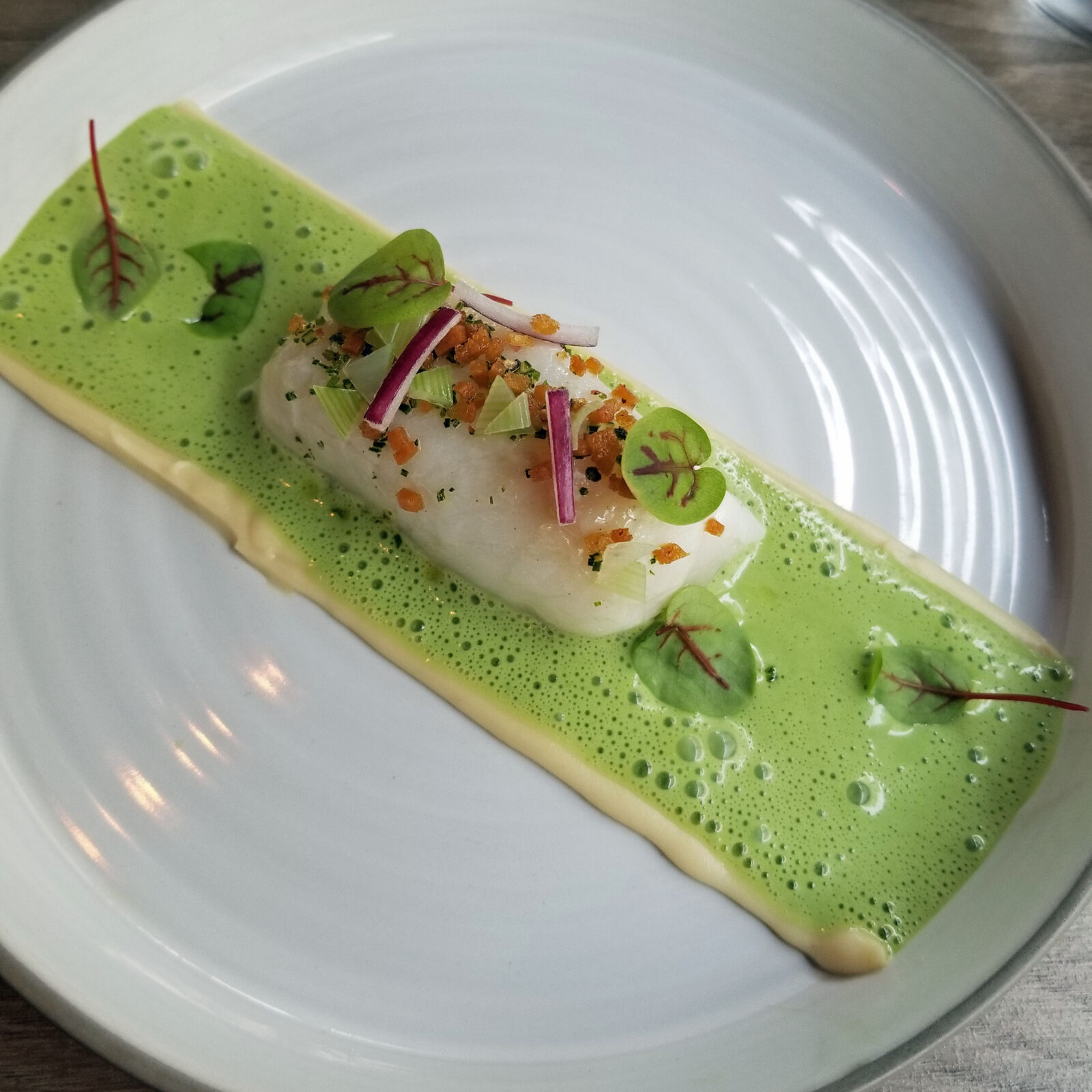 One of my favorite classic French dishes is Blanquette de Veau (Veal Stew). I was therefore delighted to see that our lunch’s main course was a thick slice of succulent veal roast accompanied by a foam of flavors reminiscent of the traditional Blanquette de Veau. 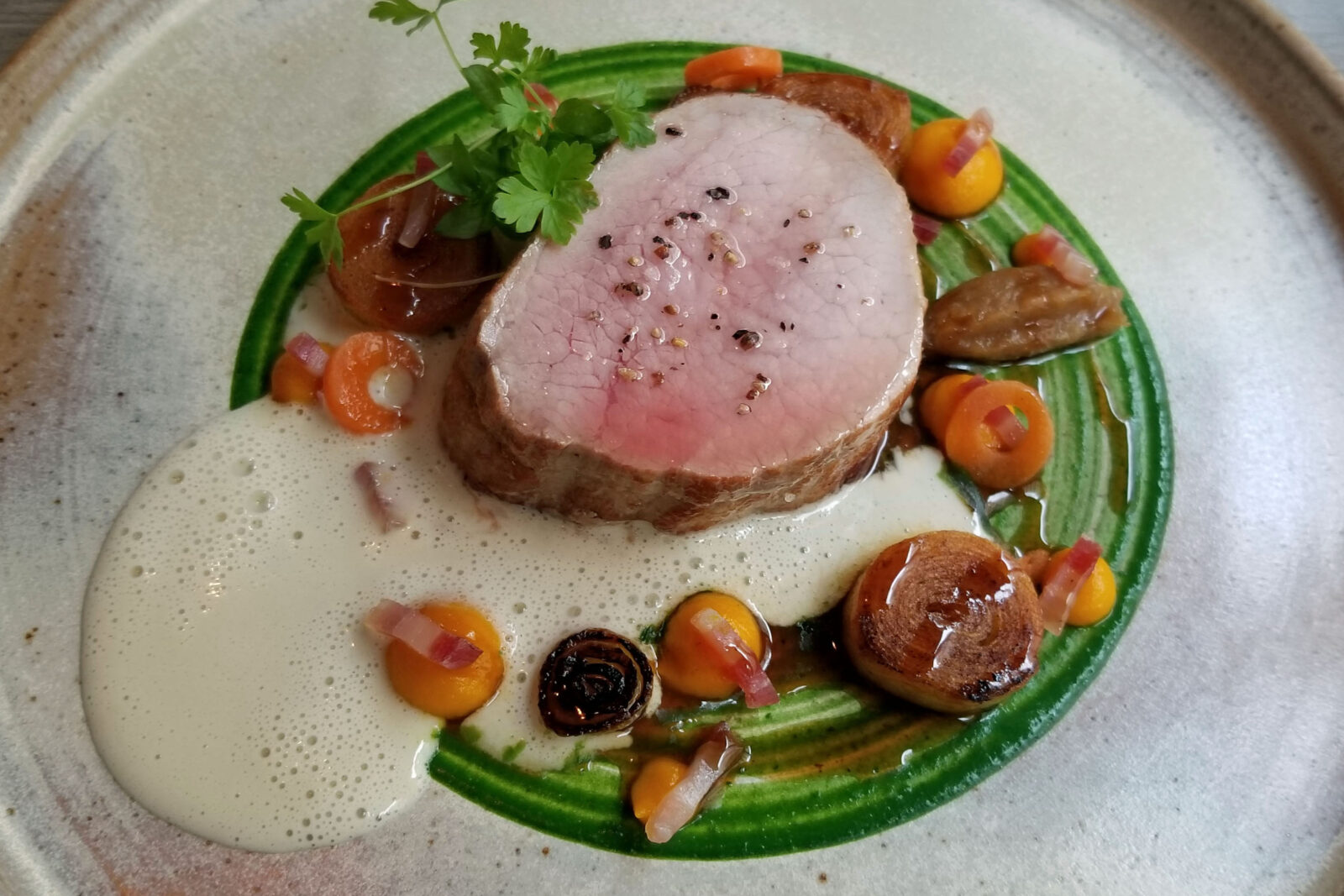 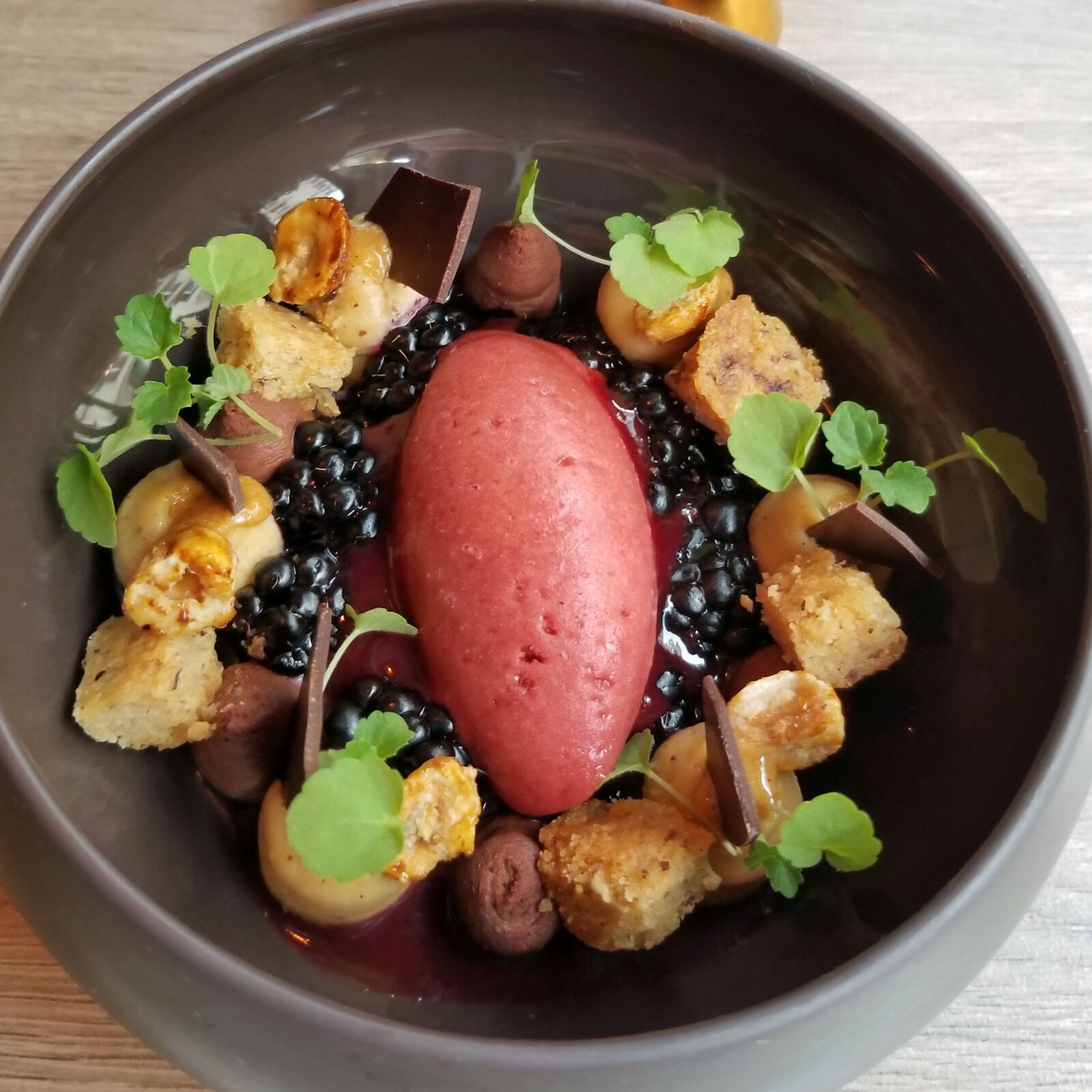 And in keeping with the wonderful French tradition of not allowing a marvelous meal to simply expire . . . A tray of mignardises materialized to help wean us back to earth over coffee and cordial. 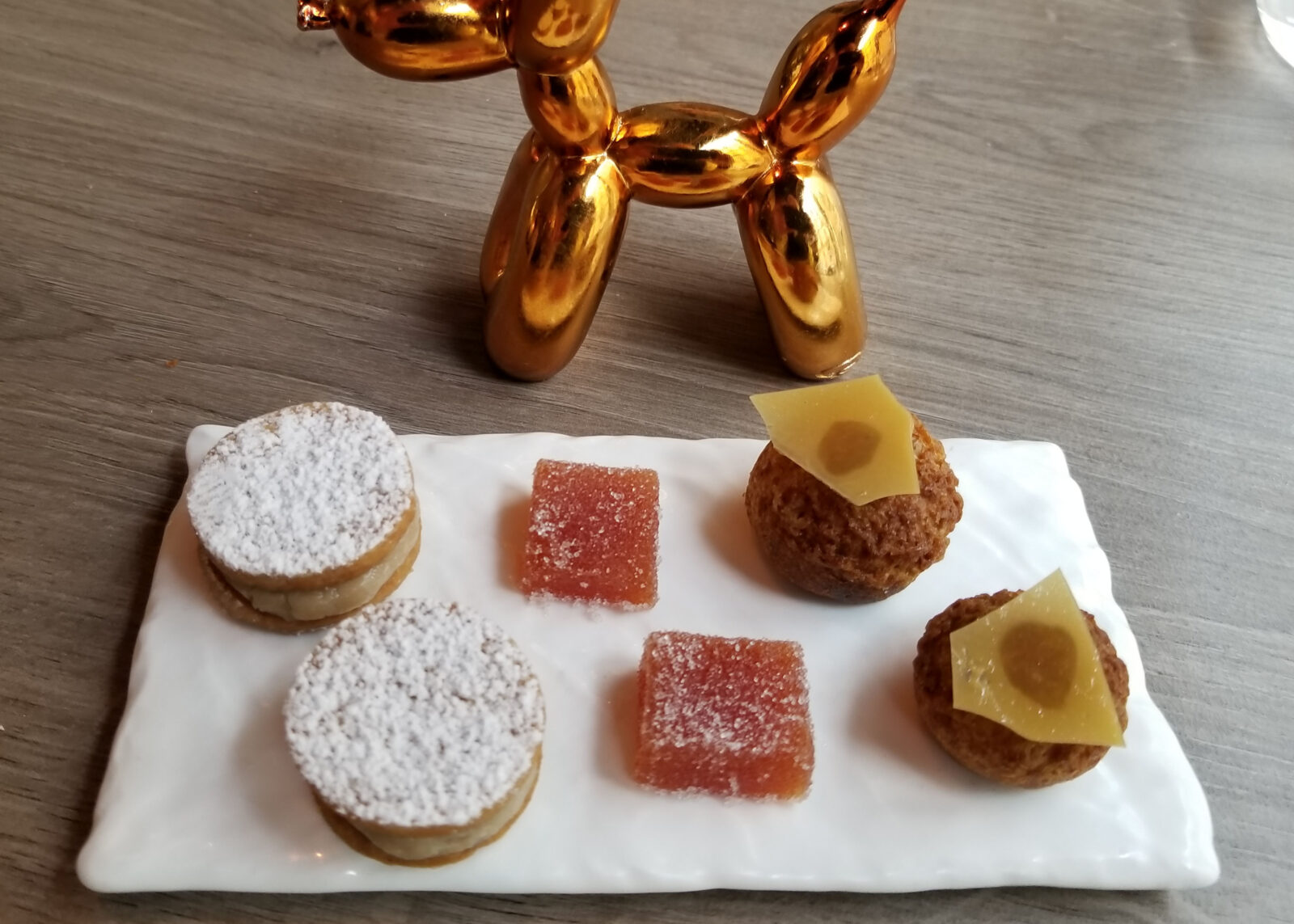 Since our dining experience a few months ago, L’Arcane has made some major advances. The principle establishment has found new and larger quarters a few doors down the same street, while the original site has become a baby bistro called Le Petit Arcane.

Prices and menus have increased modestly at the new gourmet location. Lunch is now 55 Euros while dinner is offered in 5 courses at 120 Euros or seven courses at 150 Euros. Wine pairings are 75 and 95 Euros respectively 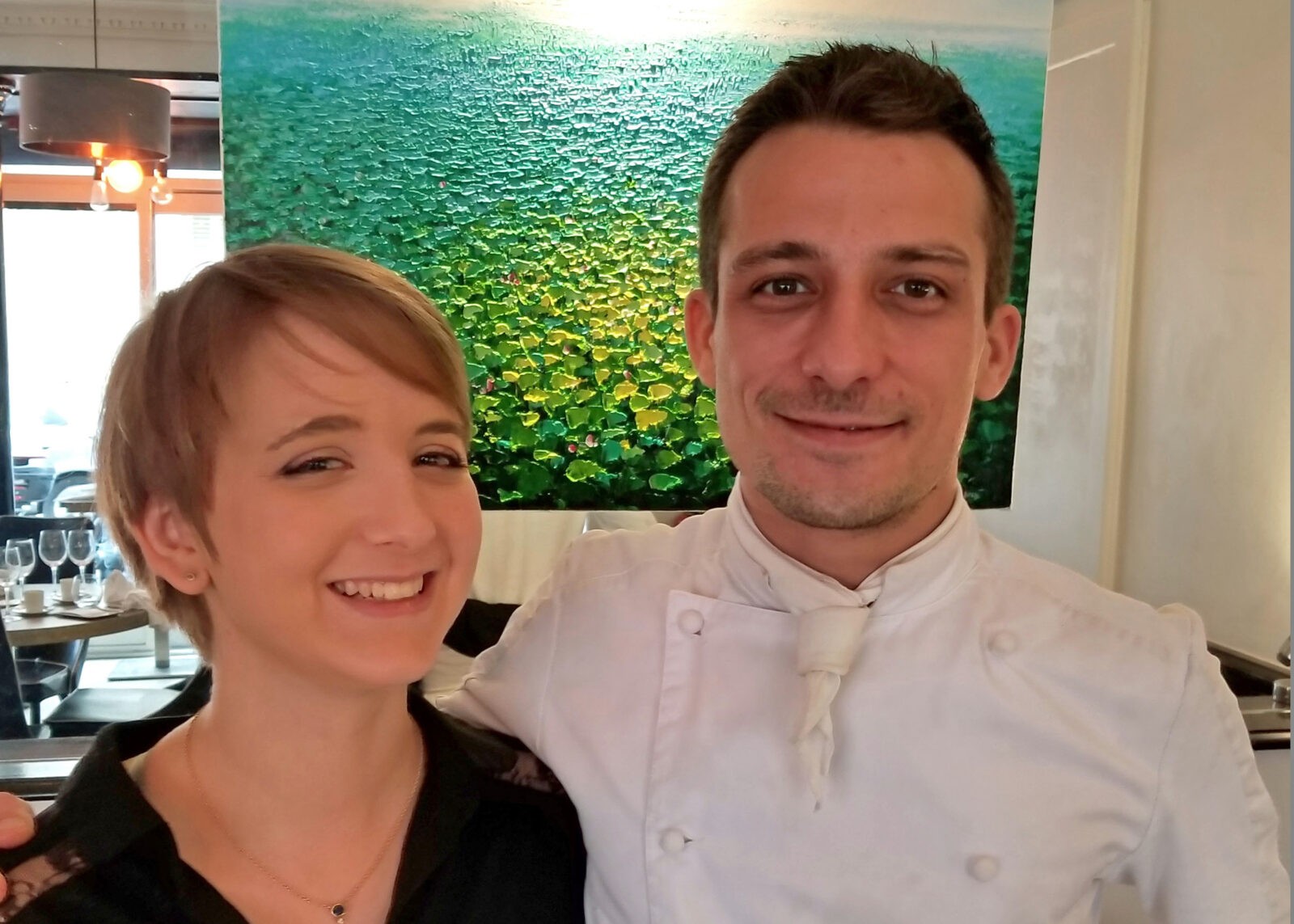 With the growing notoriety and expansion of facilities, it might not be long before a name change may be required – From L’Arcane to Le Bien Connu. Make an effort to visit this charming couple and their marvelous  little dining empire while the old name still applies.